One of the best things about living in the mountains is being able to see them from your bed, breakfast table or couch. There are few things as beautiful as watching a midwinter sunset light up the snow-capped peaks of Whistler, Blackcomb, Wedge and the Armchair glacier. The bright oranges and pinks of this “alpenglow” can be seen from almost anywhere in town but some of the most impressive and sweeping views in the valley are seen from the Alpine Meadows neighbourhood.

Located about five minutes drive north of Whistler Village, “Alpine” is much more than pretty views, it’s also one of Whistler’s oldest neighborhoods with a community vibe that’s ideal for families with kids of any age.

On the flatlands beside the aptly named River of Golden Dreams, Meadow Park features tennis courts, baseball diamonds, a kids’ water park and the Meadow Park Sports Centre, Whistler’s only public pool and ice rink (that also has a gym, sauna/steam room and squash courts).

Furthering the self-sufficient neighbourhood feel, Alpine has its own convenience store/grocer – The Alpine Meadows Market – as well as one of Whistler’s most celebrated local eateries, The Alpine Café. There’s also a gas station and grocery store just down the highway in the Rainbow neighbourhood (not having to drive across town to Whistler Creekside for gas is a game changer for anyone living in the northern end of the Whistler Valley).

Not that Alpine residents spend a lot of time in their cars. The ﻿Valley Trail ﻿easily connects cyclists and pedestrians to the rest of town, and the public transit runs regularly. In fact, residents of Alpine are always quick to brag about how living north of the Village means you rarely have to deal with any of the long weekend or big ski day traffic jams as thousands of Vancouver residents head south at the end of another fine day in the hills.

One of Whistler’s largest neighborhoods with over 850 homes/town homes (including the Nineteen Mile Creek Whistler Housing Authority initiative) Alpine is built across the highway from Whistler Secondary School which means parents with kids aged 13-18 can stop worrying about getting up early to drive them to school (bonus!) The award winning Nicklaus North Golf Course is just down the road, so is Rainbow Park on Alta Lake, and the new Skywalk hiking trail leads directly from Alpine the neighbourhood into the real alpine meadows high on Rainbow Mountain.

As one of Whistler’s original neighborhoods, Alpine is built into the forest with large trees giving most homes and incredibly private and natural feel. The entire neighborhood is built into the mountainside on the western slopes of the valley providing incredible unobstructed views for many properties. Those same hills can get slippery in the winter however, to live in Alpine is to understand the value of good snow tires.

Views, community, amenities and peace and quiet make Alpine a locals’ favorite but that doesn’t mean you can’t rub elbows with the rich and famous either. KISS frontman Gene Simmons and his family own in Alpine and are known to hit up the Alpine Café for French Toast and fresh espresso, just like all the other locals do. “Alpine is like the suburbs,” says one long-time resident. “You’re close enough to action in the Village but also far enough away to escape the hustle if you want to. 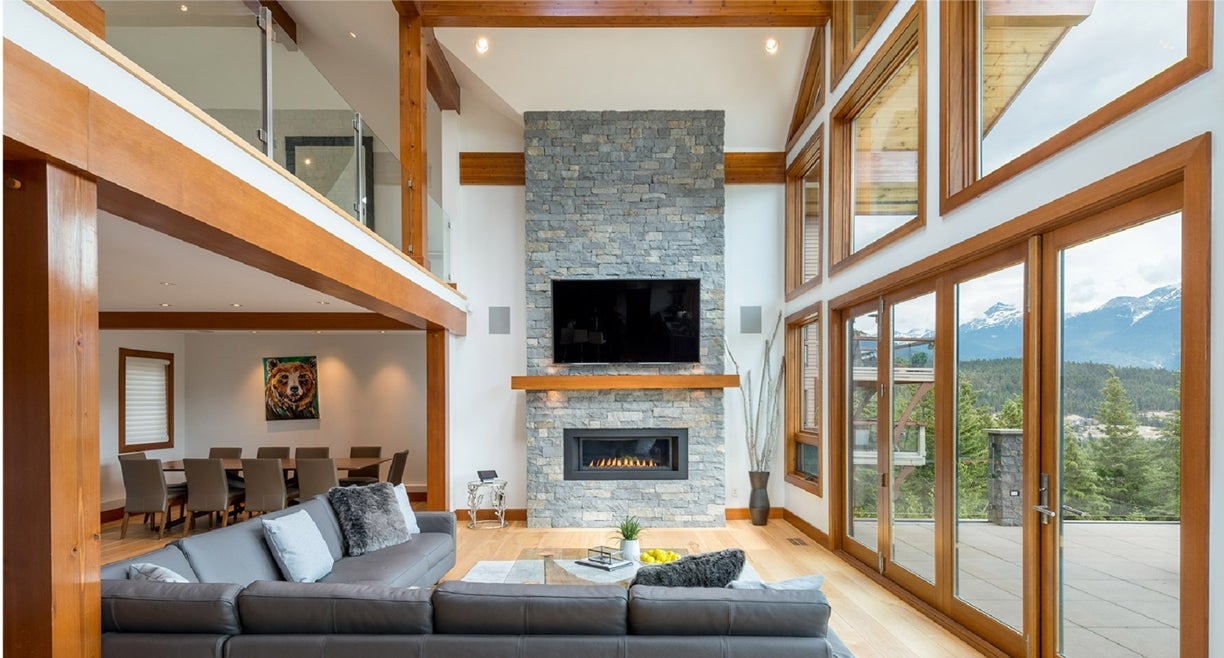